Check out my tours and services on tourwiththeresa.com

I am often asked if I ever get tired of touring Rome. In a city that has been referred to as an eternal city since the time of Augustus, the answer is no.


When Augustus was elected the first emperor 2000 years ago he referred to Rome as an eternal city to usher in a period of confidence after a tumultuous end to the Republic. He wanted to draw on ideas of birth and rebirth, recalling even at that time Rome's great past and its future potential. His great Ara Pacis monument near the Spanish Steps and Piazza del Popolo testifies to this.

The idea of Rome as an eternal city still rings true. I never grow tired of the constant re-use of space and the city's eternal urbanity.


Please check out the several blogs I researched for Hosted Villas published in A Luxury Travel Blog about some of my favorite places that bear witness to the city's eternal life. From family restaurants drawing on centuries old farming traditions to cafes converted from neoclassical artist workshops and medieval monasteries.

A few of Rome's hidden and happening places - article link

The Best Gardens and Parks in Rome- article link 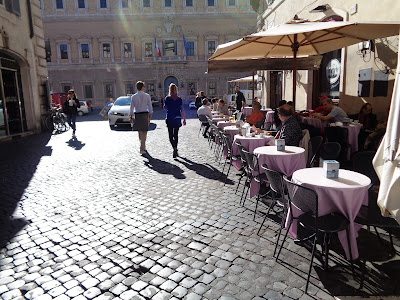 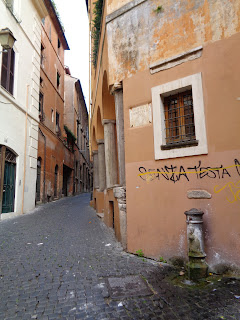 *For more information on tours visit my website - tourwiththeresa

Borghese Gallery
The best of Italian 17th Century masterpieces including Caravaggio and Bernini, hundreds of antiquities, a Baroque palace, and a grande public park
Etruscan day trip-Ceverteri
Traveling with a private driver, journey 30 miles north of Rome to the Bandidaccia necropolis in the city of Cerveteri, the largest burial site in the Mediterranean. Tour an extensive collection of unique tombs modeled on and decorated as domestic architecture lined along routes designed as a city plan. Include also the option to dine along the seaside in a Renaissance palace La Posta Vecchia, built on top of the Etruscan port.
Wine excursion-Tuscany
Journey by car a couple of hours outside the bustle of Rome into the landscape of Tuscany. Witness rolling hills, manicured vineyards and stop for wine tastings and cultural visits in a couple picturesque Medieval Tuscan cities, such as San Gimignano and Siena.
Villas of Tivoli
Journey 20 miles outside Rome with a private driver and discover 2 of most spectacular and well maintained villas from the Renaissance and antiquity. First tour the beautifully manicured Renaissance gardens of Villa D'Este and saunter down the lane of 100 fountains. Then visit hundreds of acres of Hadrian's Villa meant to be the emperor's refuge from the bustle of Rome that now serves as yours while you get lost in a series of ruins of bath complexes, temples, and residences.
Scavenger Hunt for kids-"Safari d'Arte"
Designed for curious elementary aged kids, covering several different itineraries including main city highlights, while participating in an interactive scavenger hunt searching for clues at each main attraction with book and map in hand.
*Also consider any customized tour you can imagine focusing on the specifics of Ancient, Renaissance, and Baroque Rome.